What is XDR…And why does it matter? 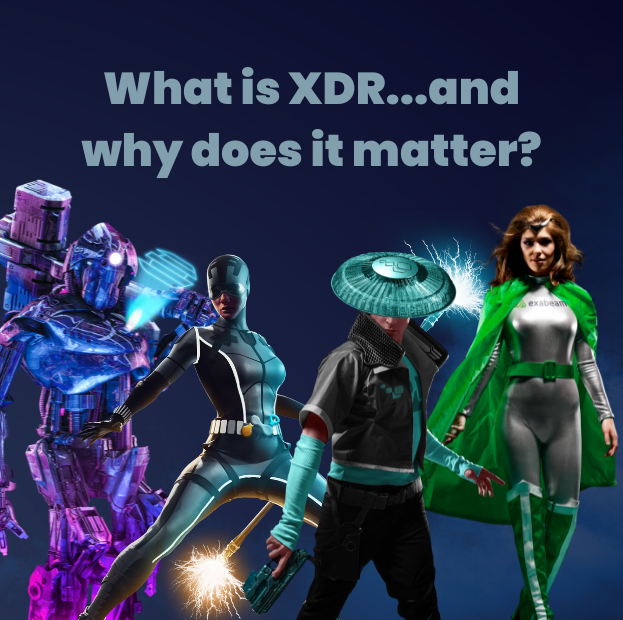 Extended, Detection and Response; also known as XDR. Yet another acronym in an industry where they are practically a second language. The term was coined back in 2018 and Gartner defines XDR as ‘a SaaS-based, vendor-specific, security threat detection and incident response tool that natively integrates multiple security products into a cohesive security operations system that unifies all licensed components.’

It’s a significant move and evolution, from endpoint detection and response (EDR) and Network Detection and Response (NDR), but how can XDR help businesses already under cyber security strain?

We do need more from cyber security.

I don’t need to tell you, the last two years have seen monumental change. Organisations have dealt with closures, immense staff changes, the need to be agile extremely quickly and spinning up businesses to allow working from home. As if that wasn’t enough, they’ve also had to increase or fortify their cyber security posture to try to overcome the increased attacks from cyber criminals also working from home.

These increased attacks, if successful, can cost huge amounts of money, system downtime and reputational damage to name but a few consequences. So, we need more from not just our cyber security but our detection and prevention technology, in order to stay ahead of and prepare for these increased attacks.

This is where XDR matters.

By combining more security components into a unified whole, as the acronym stands for, companies can benefit from enhanced detection and response capabilities. In Gartner’s 2021 report1 they list some of the benefits of XDR as; Lower TCO, fewer infrastructure blind spots, better visibility and searchability, faster and more accurate incident detections and more adaptable security.

I don’t know about you but if anything can help me get more hours back in my day I’m all for it! With better visibility and faster and more accurate incident detections it seems that XDR can do the same for security teams.

First of all not mine…but what about Forbes….their (soon-to-be-released) global survey2 revealed that ‘on average almost all respondents in charge of security decisions were not achieving their threat detection and response goals.’ – ‘XDR is a key and revolutionary advance that is driving reduced risk and heightened defence.

You can make up your own mind at one of our XDR events across Europe. Find out more here!

This website uses cookies to improve your experience while you navigate through the website. Out of these cookies, the cookies that are categorized as necessary are stored on your browser as they are essential for the working of basic functionalities of the website. We also use third-party cookies that help us analyze and understand how you use this website. These cookies will be stored in your browser only with your consent. You also have the option to opt-out of these cookies. But opting out of some of these cookies may have an effect on your browsing experience. View Cookies Policy
Strictly necessary cookies Always Enabled
These are cookies that are required for the operation of our website. They include, for example, cookies that enable you to log into secure areas of our website, use a shopping cart or make use of e-billing services.
Functionality cookies
These are used to recognise you when you return to our website. This enables us to personalise our content for you, greet you by name and remember your preferences, for example, your choice of language or region.
Analytical or performance cookies
These allow us to recognise and count the number of visitors and to see how visitors move around our website when they are using it. This helps us to improve the way our website works, for example, by ensuring that users find what they are looking for easily.
Targeting cookies
These cookies record your visit to our website, the pages you have visited and the links you have followed. We will use this information to make our website and the advertising displayed on it more relevant to your interests. We may also share this information with third parties for this purpose.
Others
Other uncategorized cookies are those that are being analyzed and have not been classified into a category as yet.
Save & Accept